Much has been written about Elon Musk being a visionary genius or a film-flam man with a talent for securing government loans to fund his array of companies; some of which including Tesla (TSLA) – the automotive and solar panel company, SpaceX – space exploration, The Boring Company – construction, and his wireless internet company Neuralink.

Forbes has declared Musk to be the third richest person in the world, and the richest American after Jeff Bezos, CEO of Amazon. Not bad for someone not quite 50 years old. Musk, one of the founders of PayPal, has built an empire on the strength of his ideas. However, his ascendancy to the pantheon of billionaires appears to be the result of speculation, rather than innovation.

In the chart below, note that his net worth has increased 413% since the beginning of the pandemic, from $25 billion to $126 billion. This $100 billion gain is largely due to what we consider a speculative bubble in TSLA stock. As a point of comparison, the S&P 500 stock index sells for 22 times what the companies in it are expected to earn in 2021. This is 47% higher than its historic average of 15, and is a harbinger of punk returns for the following year. TSLA stock on the other hand, is selling for 250 times projected 2021 earnings! 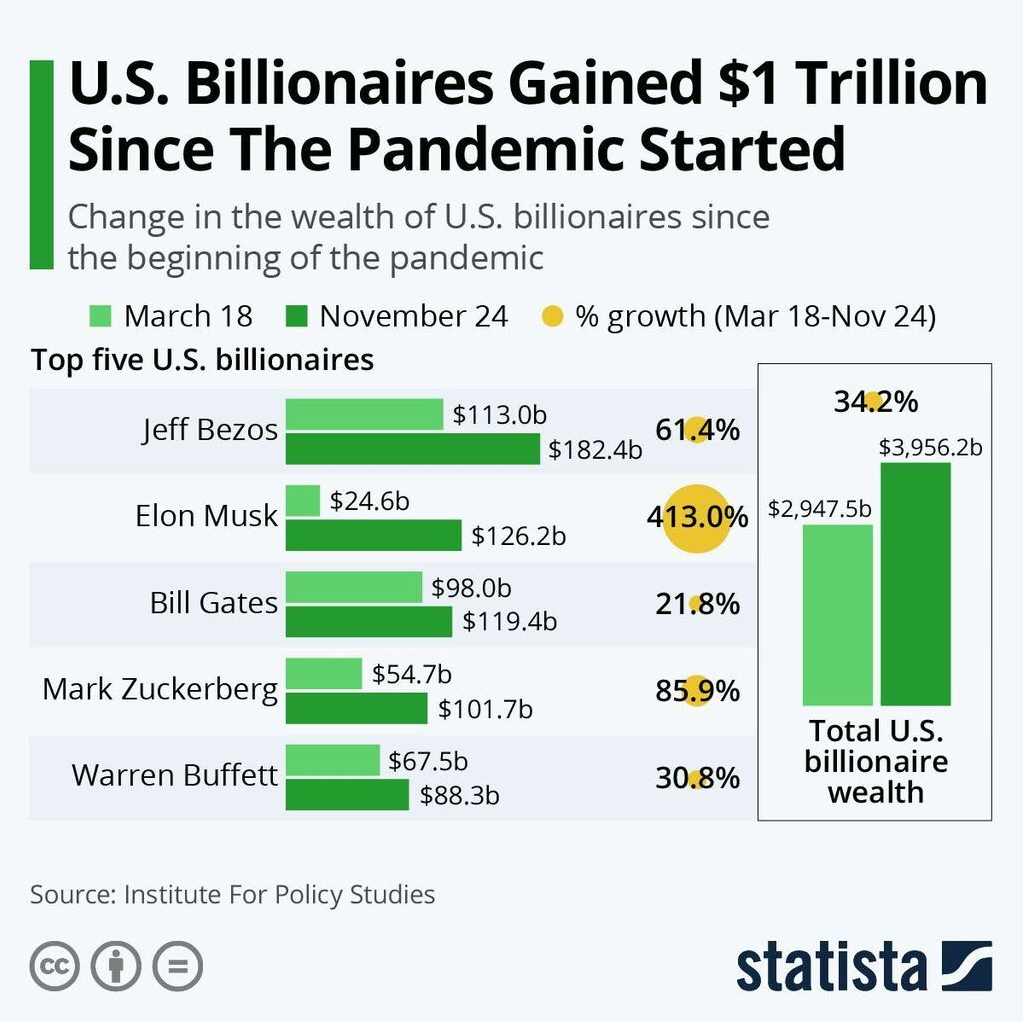 Here is another way to look at the “irrational exuberance” with which investors have embraced the electric vehicle manufacturer. You have rental properties that generate $250,000 a year in income. Applying a TSLA multiple to it, a buyer would offer you $62,500,000 for your property. Another comparison, let’s say that you have a small business that earns a profit of $50,000 per year. What would a buyer be willing to pay you for that income stream? Five times the annual profit? That would amount to $250,000. When we apply a TSLA multiple to the sale, how does $12,500,000 sound? Crazy, right?

This is the problem with stocks. Most investors have a hard time making a connection between the price they pay for a stock, and the value they receive in return. The concept of expensive or cheap tends to be a secondary concern if at all. They don’t seem to have this problem with more tangible assets, which makes us conclude that they don’t view stocks as shares in an operating enterprise, rather pieces of paper to be traded to the next highest bidder.