Buy low, sell high. The road to riches? If it were only that easy. One of the toughest judgments an investor has to make is what to do when the price of a security has taken a dive. Has the market merely mispriced a security, or does it deserve to be marked down for good reason?

In the first two charts, an investor is trying to determine whether to put more money in U.S. or foreign stocks. Looking at the top chart, you can see that over the past year, foreign stocks (blue line) have significantly lagged behind U.S. shares. Buy low sell high would indicate that investing in foreign securities would be the smart move.

Check out the chart directly below it which gives us a 70 year look-back at the same two securities. Note that since 1990, with a brief period of outperformance from about 2003-2007, U.S. securities have been on a 30 year tear. In fact, the present divergence between U.S. and foreign stocks is the greatest its been in 70 years. Does this make foreign stocks an even more compelling buy? 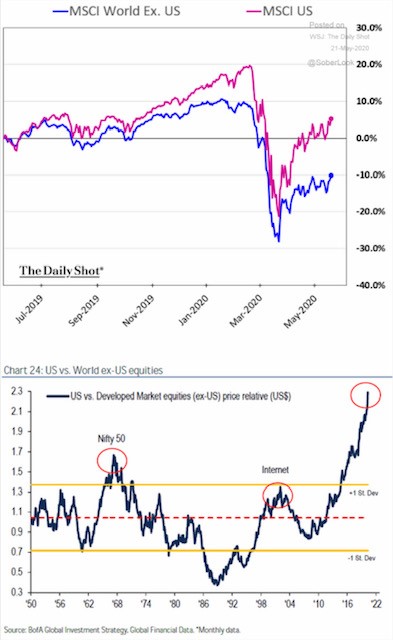 Going big on foreign stocks right now requires more than a little courage. You have to wonder if something fundamental is going on that is leading to a continued relative devaluation of foreign stocks. Perhaps the third chart can help us to make a more informed decision. 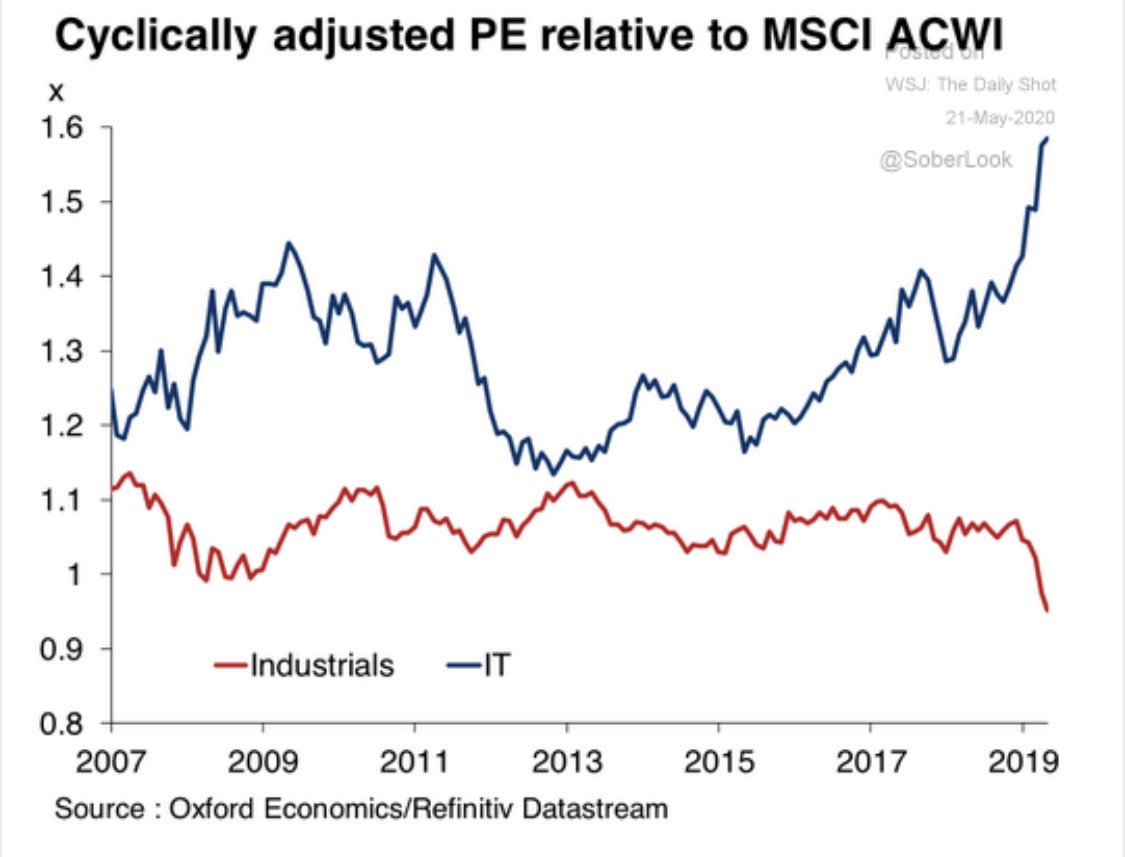 All investment rules of thumb, such as buy low and sell high, need to be viewed in the context of larger societal, demographic and economic trends. Price alone, cannot be the sole criteria for making long-term investment decisions. As with most things in life, the right course of action may be more nuanced than it appears at first blush.