The inversion of the yield curve (where short-term rates are higher than long-term rates) is one of the most reliable predictors of a recession. As it happens, the Treasury yield curve is currently inverted with the 10-Year yield (1.6%) well below that of the 3-Month yield (2.0%). So does that mean all signs are pointing to a recession? Not necessarily.

As a result, the bond market may be telling us to look out, but for now, seems to be believe we’ll avoid the worst case scenario. 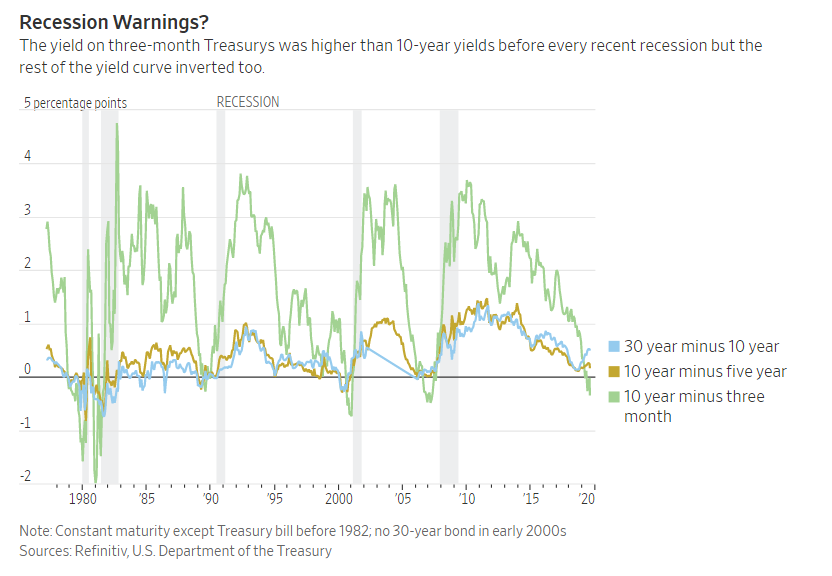