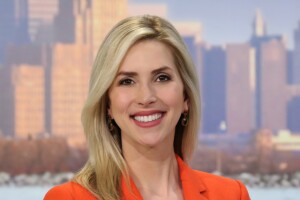 Since joining WKBW, she and her team have been nominated for two Emmys, and in 2019 Ashley won a New York State Broadcasters Award for her story about a man who spent 27 years in prison for a crime he did not commit.

In addition to her time spent behind the desk and in the field, Ashley has been one of the lead architects of WKBW’s signature Hiring 716 franchise, which highlights workforce challenges and opportunities across Western New York. Hiring 716, with its online jobs board, has become a go-to platform for job seekers and employers alike.

Ashley is from Toronto, Ontario, where she spent five years as a reporter/anchor before crossing the border to join WKBW.

Ashley and her husband have two dogs.

Support businesses that are open in WNY